Masculine Geek Life is the 21st Century men’s club, a place for masculine men to interact with one another in a space created by men for men. Here they can enjoy a drink (or two or three) and a smoke while discussing history, guns, literature, women, art, or whatever else inspires them in life. 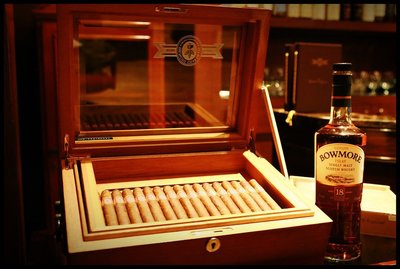 In the detritus of online social media, Masculine Geek Life is a place of refuge for masculine geeks in same vein as Dr. Johnson’s Essex Head Club and Benjamin Franklin’s Junto, a place for talkers who are also doers.

The way we do that is the same way these traditional gentlemen’s clubs operated; put your money where your mouth is and have skin in the game. Those who want to participate, to speak and be heard must show they’re serious about being here.

More than ever, men need a place to congregate (even if virtually) and discuss mutual topics in a venue that isn’t controlled or censored. MG Life is the modern version of the ancient Greek Agora – which was a place where men could discuss philosophy, politics and vote.

Men need a network of masculine Men for comraderie and accountability.

A twitter personality stated something, unrelated to MG but is relevant nonetheless, that sums it up nicely :

“Every man needs at least one other man he can be real with, away from the prying ears of public politics and female sensibility…a sane place where he can talk smack, be politically incorrect, and just bask in the catharsis of not having to constantly bullshit and self-censor.”

THIS is that place and the group here at MG are those real Men.

“No censorship. No virtue-signalling. No groveling. No de-platforming. No Cancel Culture. No politically correct bullshit. No nonsense.”

As MG Life is a private and exclusive members only ‘space’, we do require you to undergo our vetting process. We are serious about curating our subscribers. Don’t worry, it’s quite painless.  We do this to weed out time-wasters.

First and foremost – NO ANONYMOUS BULLSHIT : no hiding behind avatars and clandestine accounts. This means you show your face. No exceptions.

Now, What do you need to do? Simple. There are several different ways –

What a monthly subscription gets you:

“The boards (Speakeasy) are proving to be more than worth the membership price” – Mictubis, MG Life Subscriber.

Payments are processed through PayPal wherein you can use your PayPal account or opt to pay with your credit card. All transactions are 100% safe and secure.

“In 1763, the painter Joshua Reynolds proposed to his friend Samuel Johnson that they invite a few friends to join them every Friday at the Turk’s Head Tavern in London to dine, drink, and talk until midnight. Eventually the group came to include among its members Edmund Burke, Adam Smith, Edward Gibbon, and James Boswell. It was known simply as “the Club.” “

One of them was a private detective. I was thrilled to no end by the concept of the lone wolf…

Note : I first published this in a special issue of Punchriot Magazine over a year ago.

The frantic thrashing and struggling sounds from the other room continued as the muffled cries for mercy, mixed as they were…

Fundamentally, all Men are Geeks. Stop denying it, fuckers.

Some of us are tabletop role-playing game geeks.

This is one of mine from last week.